skip to main | skip to sidebar

9 June 2008.  Among the scatter of seedlings now apparent in the bare areas of KWR, there are one or two grasses (which may vary what currently seems to be a monospecific grass population).

I identified a moth caught on the lighted window the other day as the pale clothes moth (Tinea pallescentella).  It is considered by some that, because this moth was unrecorded in Britain before 1840, it may have been imported from Patagonia (it turned up in other countries outside South America at round about the same time).

Curiously, later in the evening, I found another moth on the lighted window.  It was a fulvous-tipped clothes (Tinea semifulvella) and this is the next moth covered after T. palescentella in moth book (Pelham-Clinton in Heath & Emmett, 1985)

10 June 2008.  The highlight of today was the transportation of a large sandstone rock from under the bird cherry on the south west corner of the house to KWR.

I know from my experience with other rocks that it is best set with a slight slope to the flat upper surface so that dropped or voided seeds can be washed off into the well-fertilised soil below. 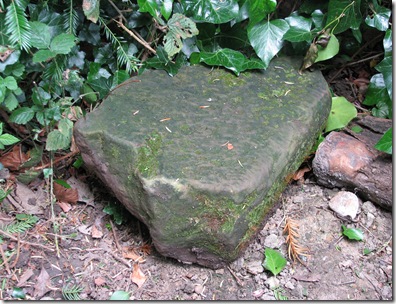 The stone has small indentations on one surface indicating that it has been dressed as masonry at some time.  We think it came from Oaklands Park to the south of the village maybe the early 1960s. 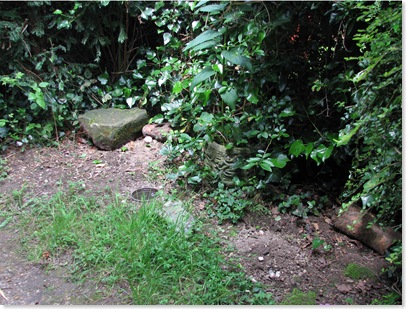 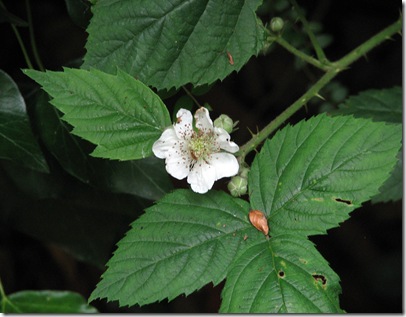 Posted by Patrick Roper at 1:33 am