skip to main | skip to sidebar

Our shrubby honeysuckle Lonicera nitida 'Baggesen's Gold' that forms much of the hedge bordering the Kitchen Window Reserve has produced quite a few of its tiny flowers. 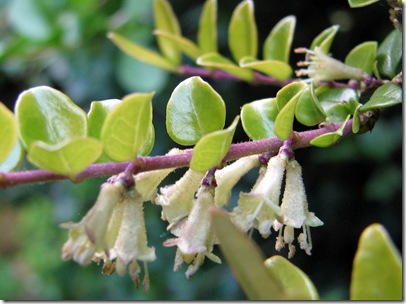 The golden plant was selected from the green form of L. nitida at Niels Baggesen's nursery in Pembury, Kent in the 1960s and was given an Award of Garden Merit by the Royal Horticultural Society in 1993.

The wild green form comes from south west China where the first Westerner to come across it was the celebrated plant hunter Ernest Henry Wilson.  It has been introduced to cultivation twice, in 1908 and in 1939, and apparently flowers are only borne on plants originating from the second introduction.

I have written a much fuller account of Baggesen's Gold and the man who introduced it here. 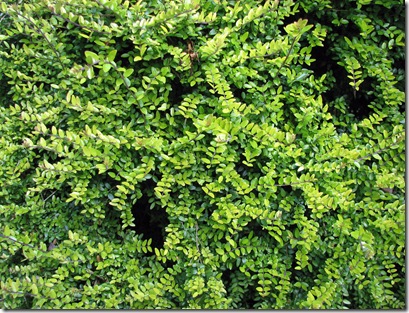 Posted by Patrick Roper at 10:51 am No comments: